How to prune your hot peppers for increased production in hydroponics 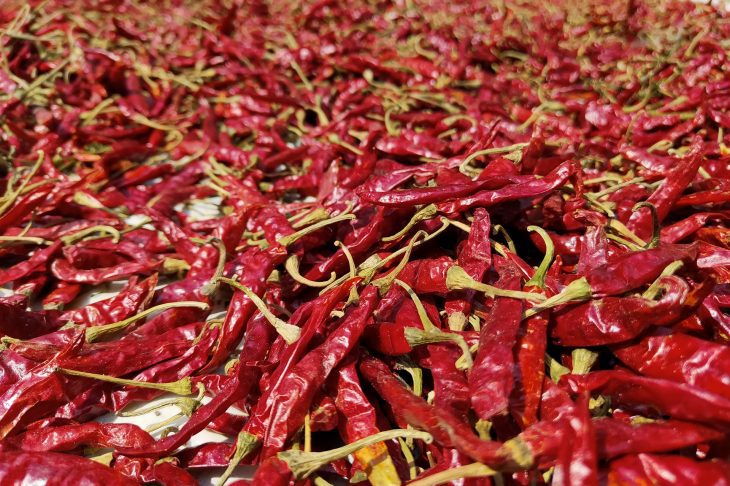 Pruning hot peppers means trimming dead or overgrown branches or stems as a way to increase pepper production. There is a long debate if you should prune or not your peppers for better yield, but in indoors hydroponics pruning might actually be necessary regardless of the pepper production because of the space and light limitations.

In indoor hydroponics especially if you prune the main stem from the top you basically stop the pepper plant growth on the vertical and encourage the development of new branches on the horizontal making the plant bushier. However, sometimes cutting the main stem means sacrificing some flowers, therefore some peppers to be.

Even thought Advanced Basics shows that the pruned plants seems to grow better, The Ripe Tomato Farms reaches a different conclusion that the pruned plant made more, smaller fruits, and visa versa for the unpruned plant. For this experiment *(yes these are not hot peppers) he grows peppers for 6 months, 72 plants, 4 raised beds, and 48 square feet of growing space and prunes half of the plants. See the results here:

Do you actually need to prune hot peppers?

Kevin Espiritu from Epic Gardening asks himself the same question: Pruning Pepper Plants 101: Is It Even Necessary? He says “IT DEPENDS. I prefer to top lanky plants to bush them out myself, especially if I’m still early in the season with plenty of time to let those peppers produce. On larger peppers like bells or banana peppers, I let them be – it doesn’t seem to do much besides slow down production.”

What are different types of spicy peppers?

So, bottom line, we should probably start by knowing what types of hot peppers we grow and what’s best for them. Pepper Geek explains which are the 5 Major Pepper Species: Capsicum annuum, Capsicum chinense, Capsicum frutescens, Capsicum baccatum and Capsicum pubescens.

So how do you prune hot peppers for indoor hydroponics?

Khang Starr comes with a real life example of why you need to prune your hot peppers for indoor hydroponic systems, especially FIMing the plant to stop the growth on vertical. In FIMing you don’t actually cut the main stem but just the tip of the plant. He also cuts some of the top leaves to get more light to the bottom leaves.

Alberta Urban Garden explains how to actually prune the hot pepper plant for uncrowding the plant and keeping an uniform canopy.

No comments to show.